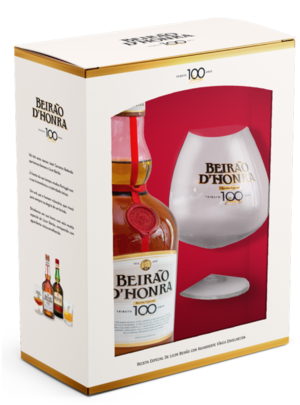 The Quinta do Meiral, located at the central region of Portugal, is Licor Beirão's headquarters and the residence of the Redondo's family, who owns the brand for over 70 years.

Located on the slopes of Lousã's mountain, in its twelve acres are planted some of the herbs used in the production of this liqueur. It's here, at Meiral, that José Redondo daily produces the secret recipe, inherited by his father and learned with his mother, to make the liqueur that, after bottling, is sent all over the world.

Licor Beirão is born as a result of this family's passion and going on its third generation.
It's produced daily and is the number one selling spirit drink in Portugal.

Aroma: Delicate but absorbent, with fennel.

Palate: Rosemary and orange notes and a variety of spices where cinnamon and cardamom
stands out.